Our Sales Director, Neil ‘Dutch’ Holland has had his 15 minutes of fame amongst the readers of mrw magazine.

Dutch took part in the weekly feature, known as ‘The Little Interview’ and told readers of his love for beef wellington, golf and Samuel L Jackson alongside his thoughts on the waste/recycling industry.

Read more of Dutch’s loves and views below… 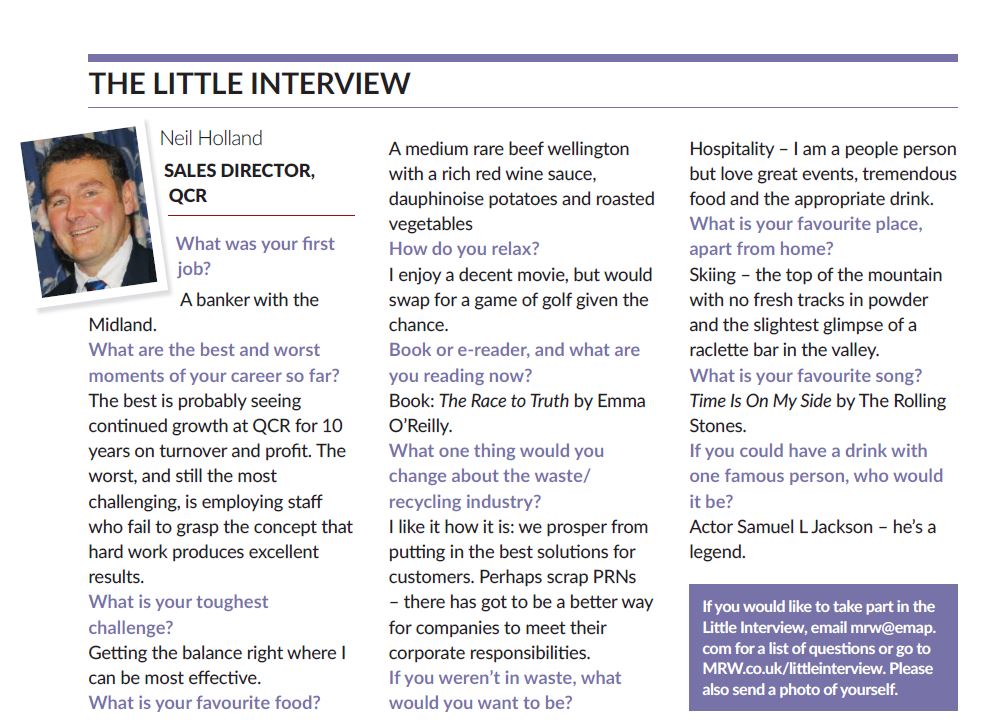