QCR bring home the honours from the Royal Cornwall Show

QCR are no strangers to winning at the Royal Cornwall Show. In 2015, QCR’s Area Sales Manager for Cornwall and Devon, Steve Hillier won bronze for our agri baler and 305 baler. This year Steve brought home the ‘Highly Commended’ award for the 1100 bin press and the 450 baler. That’s four awards for four different machines, which shows the range of equipment is all up to a similar standard of excellence.

The QCR 1100 bin press is the ideal machine for compressing general waste bin bags inside an 1100 litre bin. Volumes are reduced by 5:1 meaning fewer bin collections, which will save money. The QCR 450 baler is a medium sized hydraulic baler, which handles a high level of cardboard and plastic quickly and safely.

The Royal Cornwall show was a huge success once again. Alongside winning the awards, our sales team greeted existing customers to the stand and attracted plenty of interest from visitors who were interested in what QCR had to offer.

Here’s our team looking delighted with the awards… well done. 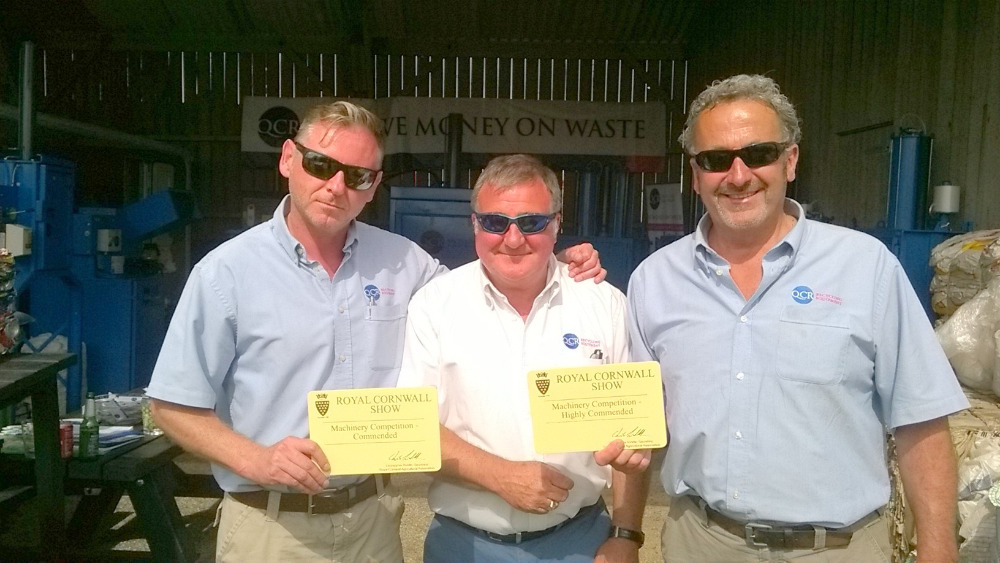