Our rugby boys are travelling up to Scotland this Friday for the 3rd leg of their ‘grand tour’ of the six nations. With England and Wales already conquered, it’s time to take on the Scots to complete the UK leg of the tour.

The atmosphere on the English motorways will electrify once the wheels of the tour bus containing 22 players and 7 coaches grace the tarmac.

First stop Glasgow, based at the Auchengillan Outdoor Centre. The boys will be competing against hosts East Kilbride RFC followed by a bit of leisure time at Air Space, an indoor free style jumping arena. Whilst in Scotland it would of course be rude not to try the local cuisine and so East Kilbride are helping out in that respect - traditional Haggis and tatties is being served at the clubhouse, enjoy lads.

Day 2 and on to Edinburgh. Linlithgow RFC, west of the capital are on host duties this time. Following the rugby on this occasion is a spot of sightseeing at Edinburgh Castle – a relaxing end to the tour. The coach back to the Cotswolds departs on Monday.

Have fun boys and good luck.

Here’s the tour shirt they will be wearing, very smart I’m sure you’ll agree. 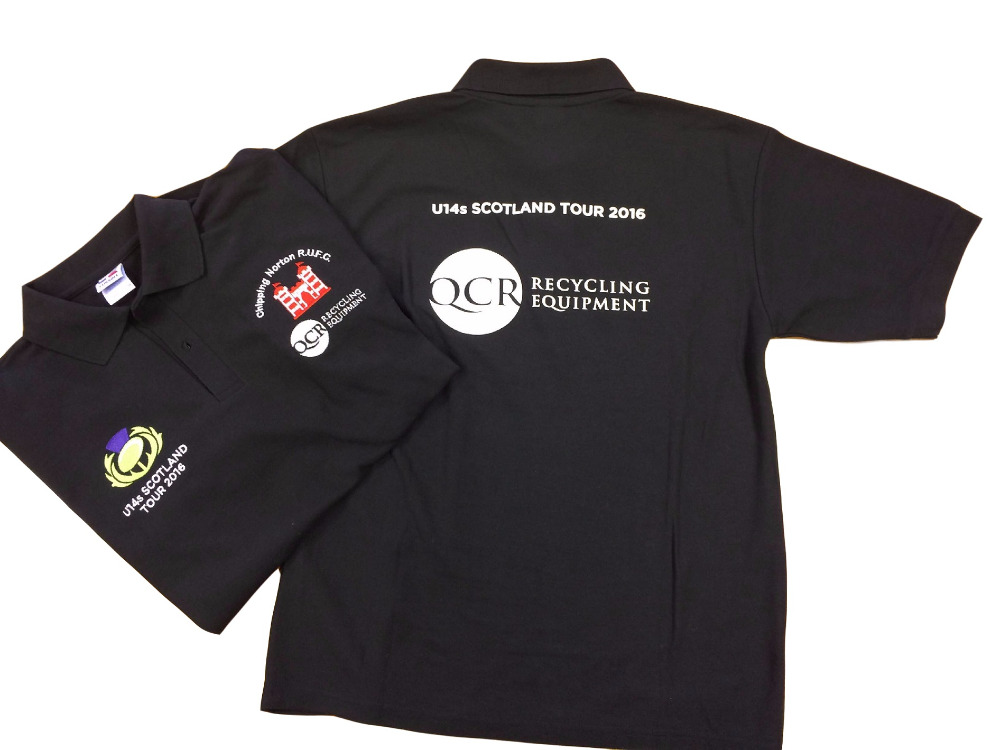